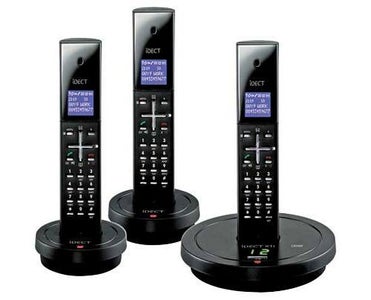 Before we begin this guide there is something important that needs to be discussed.

Recording phone conversations without having consent from the user is highly illegal within the United States as well as in many other countries.

This guide is intended to teach you how to do the task on your own equipment for the purposes of testing.

Remember to record your own DECT’s, not your acquaintances.

Recoding calls has been a thing most commonly seen in our favorite spy movies, and as such, a lot of people have dreamed of having a career where they tap phones and listen in on conversations.

In the real world, this technology is not used that commonly to swoop in on conversations, but rather, to test the security level of our current technology and find flaws and exploits that will need to be resolved in future iterations of the hardware and softare in order to become more efficient and safe for the rest of the people using it.

Many companies have specialized in finding flaws and explits for these devices, and as such, we now have deDECTed, and in this guide, you will learn exactly how to take advnatage of the technology.

The hardware used in this guide includes a Backtrack 5 Final x86 KDE with Kernel 2.6.38 installation of Linux, an Original Dosh and Amand Type II PCMCIA Card, and a set of SIEMENS C1 DECT phones set up in repeater mode.

With that out of the way, let us begin this adventure.

What exactly is DECT?

The term “DECT” can be confusing to a lot of people as not everyone can get it initially.

The word DECT stands for Digital Enhanced Cordless Telecommunications and is a wireless standard that is often used for landline phones.

Wireless communication has been given a massive boost thanks to the introduction of the wireless standard.

DECT can be described as a technology that is to telephony what WiFi is to the internet.

DECT is the technology which is used in powering our cordless phones and is becoming a lot more popular through the use of VoIP business class phone systems or IP-DECT devices.

DECT has several advantages, such as a long-range of up to 40 meters indoors or 300 meters outdoors, it is very energy-efficient, can connect through a separate frequency range that is not dependent on WiFi and offers better quality of sound than with any of the previous standards.

A DECT system always contains two components that constantly communicate with each other which are the base station and the handset.

The base station is the bridge between the telephone and the internet connection.

This can be in the form of a simple DECT station or without an answering machine or a DSL router with DECT Function.

The base station continuously sends a “beacon signal” which can be received by a handset in the vicinity.
This signal provides the handset with the necessary information to allow it to connect and send data through the base station.

They are both synchronized and can make a phone call through a cordless solution.

It originated in Europe and it is the universal standard which replaced earlier cordless phone standards such as 900 MHz CT1 and CT2.

While getting ready, you need to fulfill the following requirements:

When you want to install Dedected on Backtrack 5, you have two options:
Use Dedected from the Backtrack Repository or Compiling it on your own if you feel like experimenting.

In order to install it from the source, open the terminal and type the following commands:

It is recommended that you have the tool Audacity if you are serious about recording phone conversations, so make sure to install that as-well.

Start Scanning for Fixed Parts or Fp, the DECT Base Stations

To do this, enter the following commands in the terminal:

If you have a hard time, make sure to type “help” to get the full usage type.

If you are a resident of the United States, ensure that you switch to the US or DECT 6 band through the “band” command.

How to Ignore Other Phones

To ignore other phones, you need to start a callscan.

To do this, type callscan.

In the next step, you need to get your DECT handset and make a test call.

Wait until you see the phonecall.

It is also sufficient if you just get the dialing tone initially.

You should be seeing something like this in the terminal:

Now comes the important bit, make sure to ignore every other phone except yours through the following command:

How to Record the Call

This is important, make sure to never record anyone without permission or consent, as you can get in serious trouble with the law.

That being said, in order to start recording every phone call automatically that Dedected can detect, use the following command:
autorec

After you hang up the dumping should stop.

To decode the call stream, you first need to stop the autorec.

Do this by typing stop.

Now, to decode the audio stream into a raw packet dump, type the following command:

You should be done.

Importing the Streams into Audacity

In order to listen to the recorded calls, you need to use an application.

The most recommended one to use in this case is Audacity.

You need to start Audacity first through alt+f2 and type audacity.

Press enter, and once the application opens, you can import the fixed-part and the portable-part.wav files from /pentest/telephony/dedected/com-on-air_cs-linux/tools through File -> import -> audio or simply through ctrl+shift+I.

Play the recording through the play button.

Reload the drivers by typing the following command:

If you want to clean up, type the following command:

And you are finally done.

Congratulations, you have successfully learned how to record DECT calls with Dedected.
Keep in mind that this guide was made with testing purposes in mind, and you should in no way, shape or form record someone who has not given you consent in doing so.

Once everything is converted, you can listen away and enjoy the result of your hard work and efforts. The deDECTed project will work with all of the convesion tools and scripts found on Chaox-ng Live CD.